Sayuri Kinoshita tragically passed away on the  National Oceanic Day of Japan on July 15th. She was 30 years old. She will be sorely missed within the freediving community.

Sayuri Kinoshita was born in 1988 in Japan. Her parents have been running a swimming school in Nagasaki since she was 3 years old, and she has a background in competitve swimming.

She began freediving after seeing fellow Japanese freediver Hanako Hirose in a magazine. She attended her first world championships in Serbia, 2013 and started depth training in 2014. She went to Vertical Blue in that year and already broke 2 Japanese national records.

It was in 2016 at Vertical Blue when she made huge waves, breaking the world record in CNF with a huge 72m dive. Sayuri was born in Nagasaki and now lives in Okinawa
Meeting Hanako Hirose and what happened after that.
Breaking the Japanese national record in CNF and FIM at Vertical Blue in 2014
Winning VB in 2015.
Ryuzo Shinomiya’s role in Sayuri’s freediving development.
Freediving’s growing popularity in Japan.
Training at Freedive Panglao with Stefan Randig.
The AIDA WR record CNF dive to 72m.
What kind of training does that take?
Sayuri’s only complimentary training is swimming in the pool.
How was Sayuri’s experience of the World Championships in 2017?
What does she think about the Diveye?
Too many blackouts and red cards in competitions.
Sayuri likes to drink tea in the morning!
Eating fresh local produce and the joy of beans.
How Sayuri gets ready for competition time.
Getting trachea squeeze around 50m.
A bit about Sayuri’s favourite gear.
Ken Kiriyamas fluid goggles.
Sayuri is inspired by Hanako Hirose.
Sayuri’s competition plans for 2018 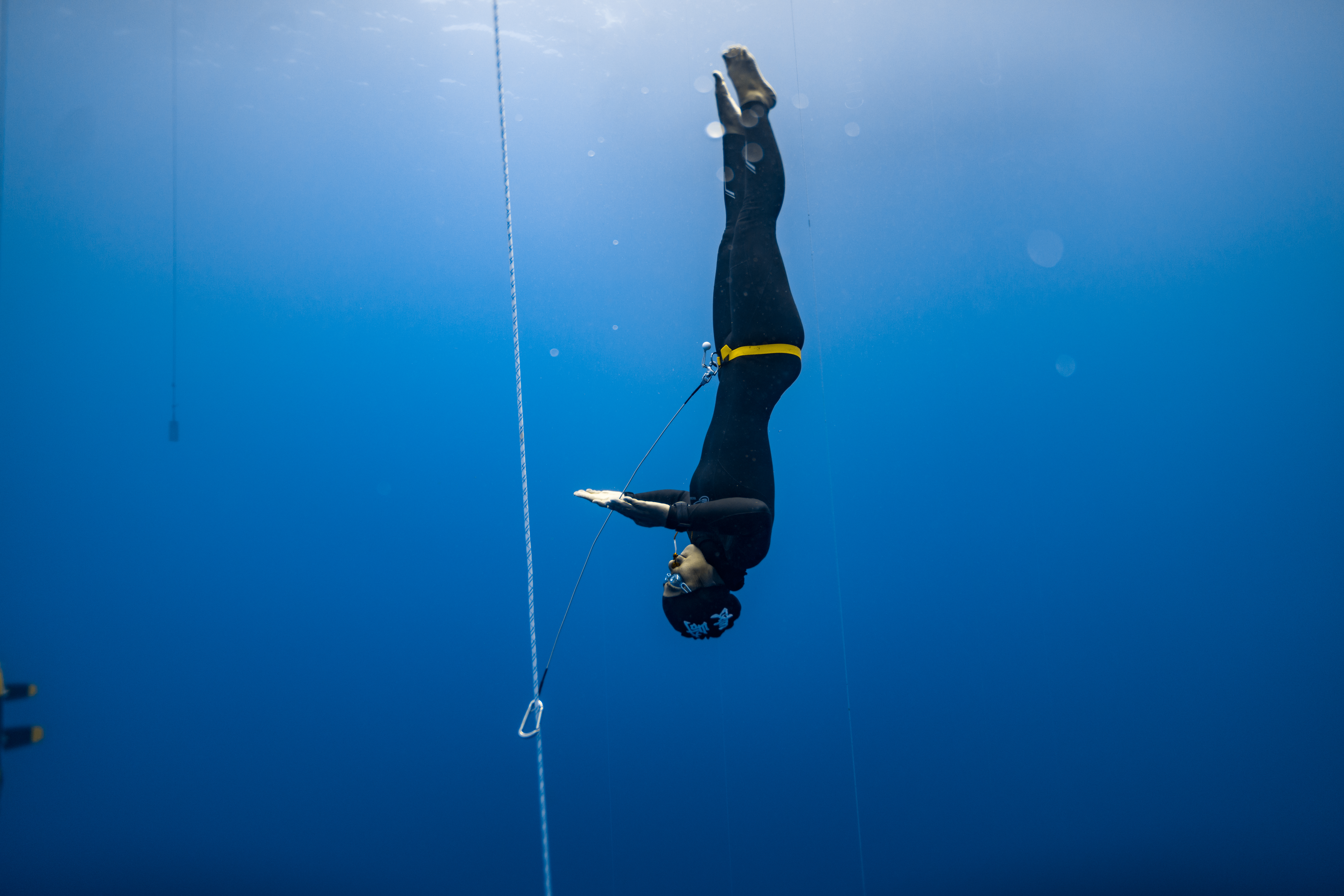