Mirela Kardasevic is and has been World Champion, Vice-World Champion, 6 times World Record Holder, twice bronze medalist at the European Championship, and multiple Croatian national champion and record holder and some of that might have to be updated since the CMAS competition last week, but as you can see, it’s quite the list of achievements for someone who came into the sport aged 30 and has only been at it for a few years. It’s the 4 year anniversary of The Freedive Cafe!
Congratulations on Mirela’s performance at the CMAS World Championships.
Difference between 25m and 50m pool records.
Mirela is living in Zagreb, Croatia at the time of recording.
Mirela has two sons aged 9 and 10.
Mirela has a background in swimming, until the age of 21.
She suffered from Legg-Calve-Perthes when she was a child and how it led to her swimming and recovery.
She had a scholarship for swimming at Arizona State University.
She started freediving at age 30.
Mirela also dives depth and has won many medals.
She especially likes DNF and CNF.
Mirelal is being coached by Freedive Cafe favourite Matt Malina!
She does a lot of strength training and HIT, long walks, and cycling.
Has she had any trouble with equalisation?
Talking about diet and supplements.
Mirela is recently converted to a fully plant-based diet, inspired by The Game Changers documentary on Netflix.
How much wine does she drink?
What are the highlights of the freediving career/life?
Which people have influenced her most?
What advice would she give to her beginner-self?
Lots of questions from Patreon supporters, thank you!
How does she prepare mentally for a dive?
How many training days compared to rest days?
What does Mirela do for work? (Digital Marketing from home)
Mirela is a massive basketball fan!
An embarrassing story from Donny’s childhood.
The benefits of maintaining a dry static practice.
Experience of barotrauma.
Tips on parenting for Patron Nick.
DESERT ISLAND QUESTIONS – Patreon Exclusive
Why does she freedive? 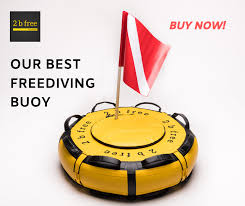 Become a supporter of the show and get access to exclusive episodes, early access to episodes, Live Streams, Q&A Sessions and much more!
Visit Patreon