Pascal Berger was born and bred in Switzerland on a diet of cheese and chocolate. He grew to become half-competitive freediver, and half-designer.

After graduating from the University of Art and Design of Geneva, Pascal built a successful career as a designer since 2001, with yearly shows in Milan and mentoring of young design students.

In 2010 Pascal discovered freediving, which quickly became a real passion, especially for the depth disciplines where he enjoys the peaceful and quiet sensations of the deep blue. With clear strong abilities from the start, he progressed very fast and in a matter of years became the Swiss national record holder for all depth disciplines. His deepest record was set in 2017 in
Variable Weight with a dive to -131m.

Taking the best of both worlds, in 2013 Pascal created OCTOPUS, committed to bringing top-quality, innovative and sexy specialized equipment to the fast-growing freediving community. 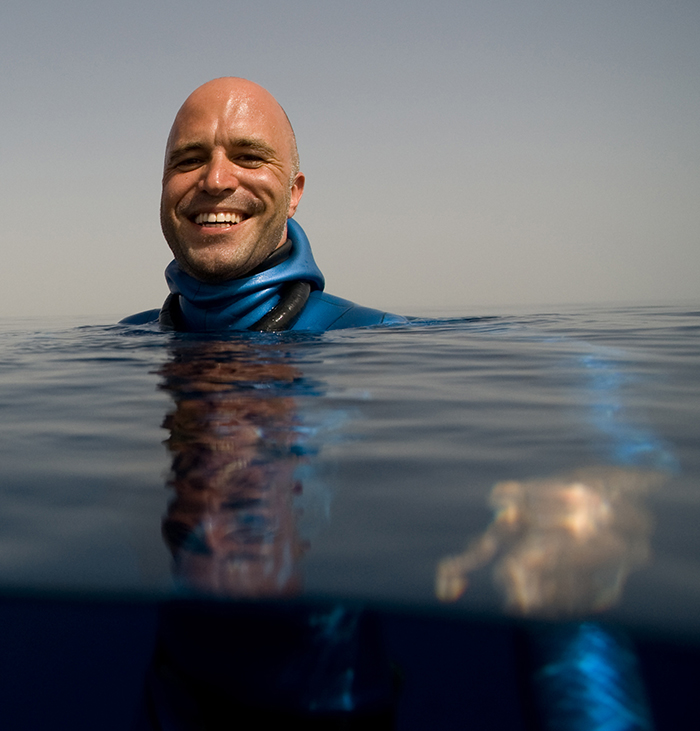 Pascal is from Geneva in Switzerland.
He started his deep diving in the Blue Hole in Dahab.
He did his AIDA courses with Akim Ladhari and Lily Crespy and his first instructor course with Umberto Pelizzari.
Pascal achieved the Swiss national record in VWT (Variable Weight) with a dive to 131m.
What attracted him to the VWT discipline?
The story of the sandbag VWT dives.
The VWT sled made from mountain bike components.
The story of the 131m NR WATCH VIDEO
Why Pascal didn’t pursue further depths and two experiences of DCS.
Pascal also discovered he had PFO (patent foramen ovale)
The inception of Dahab Freedivers with Stephen Keenan and Miguel Lozano.
What makes Dahab Freedivers great?
Managing the loss of Stephen Keenan in 2017.
Passing on the Dahab Freedivers baton.
Octopus Freediving Equipment and how it came about.
How did the Octopus design style evolve?
How is Octopus weathering Coronavirus?
What new developments are coming to Octopus?
What are Pascal’s fantasy freediving products he would develop if he could?
Shout out to Miguel Lozano, Stephen Keenan, Lily Crespy, Umberto Pelizzari.
Free time and Netflix.
Pascal’s recommended book is How Everything Can Collapse by Pablo Servigne and Raphaël Stevens
Why does Pascal freedive? 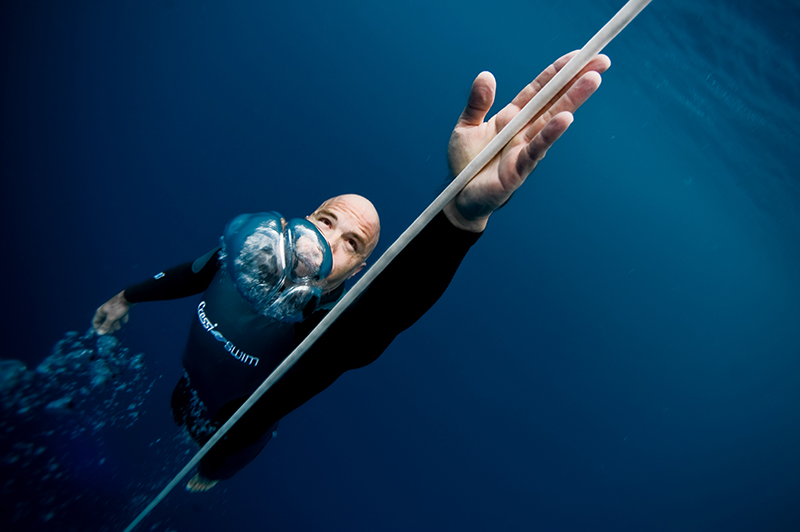